Skip to Main Content
The announcement was accompanied with a positive growth forecast from The Office of Budget Responsibility predicting growth of 2.7% this year, suggesting that we have surpassed the pre-crisis peak earlier than expected and pointing to improved forecasts for the year ahead.
The headline Budget announcements were on energy policies and export. When combined with the cost measures to help small businesses announced in the Autumn Statement, the Chancellor sent out a positive message to invest and grow in the year ahead.
Here's a quick summary of the key measures that will have an impact on your business:

Remember that the Forum is on hand to help you with any of the business issues above – call us on 0845 130 1722 for more information.
Got an opinion on the Budget? Let us know in the comments below, or have your say in our member poll.
http://www.fpb.org/blog/post/03/2014/Budget-2014—The-essential-lowdown-on-what-it-means-for-your-business
Alex Jackman

March 19th saw the Chancellor, George Osborne, deliver his Budget speech to the House of Commons. Billed as a Budget for "the makers and doers" it included a series of giveaways for manufacturers and small businesses looking to invest, grow and export. 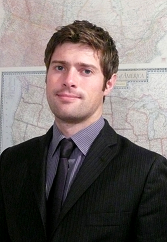