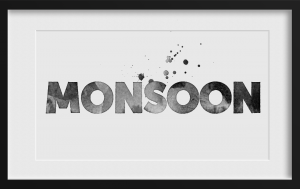 High street fashion retailer Monsoon Accessorize has been placed in the Forum of Private Business’s late payment ‘Hall of Shame’ having increased payment times from 60 to 90 days.

The retailer has also informed new suppliers they will be subject to a mandatory 4% supplier invoice discount.The move sees Monsoon joining the likes of Sainsbury’s and GlaxoSmithKline in the Forum’s Hall of Shame.

“Monsoon is hitting new suppliers with a double whammy here,” said the Forum’s spokesman Robert Downes. “First they increase payment times to 90 days from an already pedestrian 60. Then they slap on an outrageous 4% supplier invoice discount charge. Just exactly what planet are they on in the current economic climate?”

“At the end of the day, if supply chain prices are forced up, as a result, it’s the consumer – Monsoon customers – who end up paying for their greed.”
The Forum also revealed Monsoon is offering suppliers a chance to be paid more quickly, but with heftier invoice discounting involved. For payment within 7 to 10 days of goods received, the retailer is demanding 10% discount, or for payment within 30 days, 5%. Downes added: “This is, quite frankly, a shameless attempt to negotiate cheaper prices for themselves.

“This is also the first time we’ve seen a big name brand using invoice discounting to extend payment times. The government may well be blushing at this since David Cameron publicly backed invoice financing as a useful tool to help small business improve their cash flow. Just how many other firms are adopting such practices on the quiet?”

He added: “We know the public are becoming increasingly angry with a big business making their own rules up as they go along, and we hope Monsoon customers let them know in the strongest possible way that this is no way for a responsible company to behave.”